It was an amazing experience to be invited by the Esplanade to perform in “A Tapestry of Sacred Music“. This annual music festival is presented by the Esplanade and sees some of the most colourful performances of spiritual-religious music by equally colourful performers. This year, I had the privilege to be part of this huge festival as chorus-master, preparing the Schola Cantorum Singapore for Arvo Pärt’s Passio.

The concert was fully subscribed and the Esplanade Concert Hall was packed with an appreciative audience. The choir and I had a really good time studying in depth, Pärt’s music and delving deep into this poetic music and text that speaks of the spirit behind one man’s ultimate sacrifice.

A big thank you to the Esplanade for inviting and hosting us so wonderfully, and a big shoutout and thank you to The Straits Times (ST Life 17 April 2019) and 938NOW DJ Eugene Loh’s live radio show for the wonderful coverage on this event. 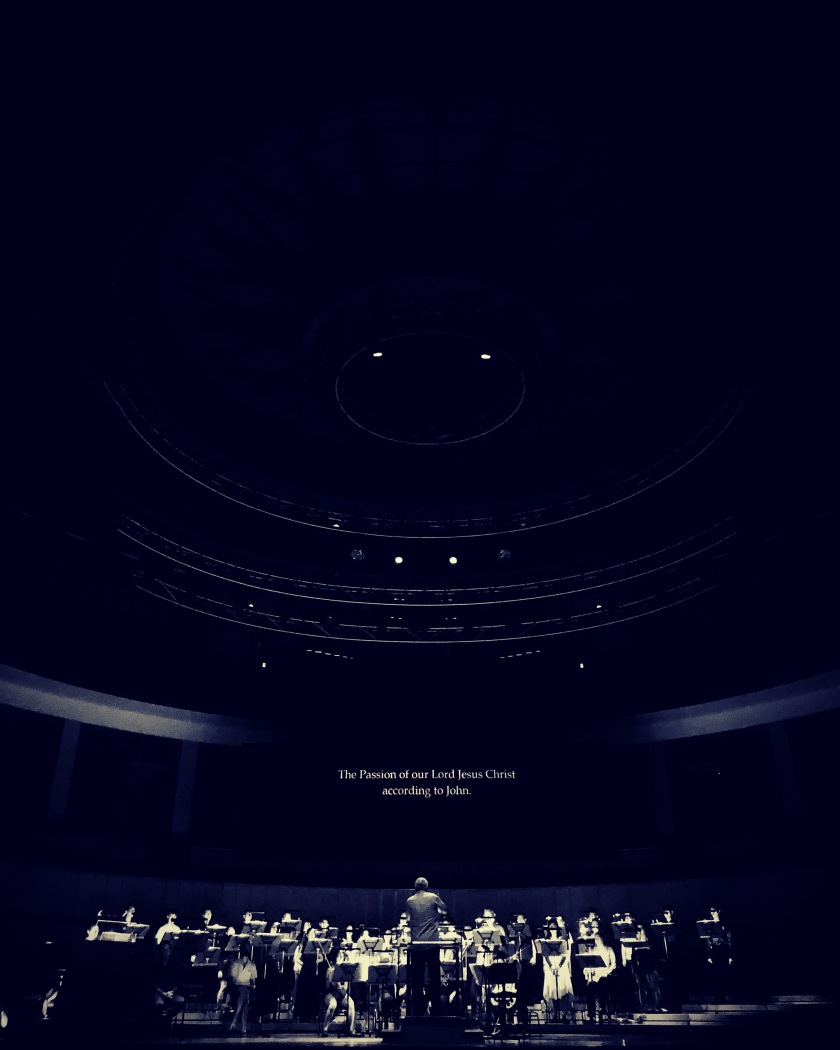 I was pretty much brought up by “3 grandparents”. “Uncle Pang” (no blood relations) was like my 3rd grandparent. My 3 grandparents were pretty much the ones who bundled me up for school and Uncle Pang chauffeured me around most of the time. He worked at our factory during the day, washed, cooked and took care of my siblings and I when the rest of the family were away, took care of the python that decided to take refuge in our house toilet when we returned from an extended road trip visiting relatives, amongst many other things. He was always neat in appearance, courteous and punctual.

Loyalty and a heart of gold

I think it takes a really special personality to be possessed of such dedication and being able to work and be a family friend for more than 50 years. When my grandfather died, he stayed on, took care of my grandmother and my grandfather’s place and even paid for the mortgage and maintenance! When my grandmother was dying, he spent more time than anyone else taking care of her and visiting her at the hospital.

He was reserved, spoke little and despite the hard work, he’s never once complained nor let his family matters affect his work. I only found out about his paranoid schizophrenic brother when I asked to visit him at his home after retirement, and he proposed we meet downstairs at the coffeeshop.

Always thinking for others

I was supposed to visit him this week and when he was hospitalised, he was worried I might pop by and find no one there, so he got his niece to drop me a message to say he’s been hospitalised and that it wasn’t a big deal. I visited him at the hospital regardless and he seemed to be in good condition and good spirits until his shocking sudden departure. He was a Catholic who disliked imposing on others and even upon death, he requested for his ashes to be scattered at Pulau Ubin… I presume it was in part to ensure there was no need for future tomb clearing, niche rental etc.

Mr. Pang Seng Kow was born on 29 December 1940 and passed away on the 8 August 2018. His departure made me realise how little I know of the man’s history apart from obvious things like he was born Malaysian and was Hakka like my maternal grandmother. What I know for sure though, was that in word and deed, he was a role model and an old-school gentleman. His funeral was a simple brief affair attended by his long-lost but recently found nieces and nephew. There were no eulogies, no tributes and not even a portrait of him (he was always reserved and never really one for photos). He may have been my grandfather’s employee and de facto live-in family butler but Uncle Pang was to me, more family than family. 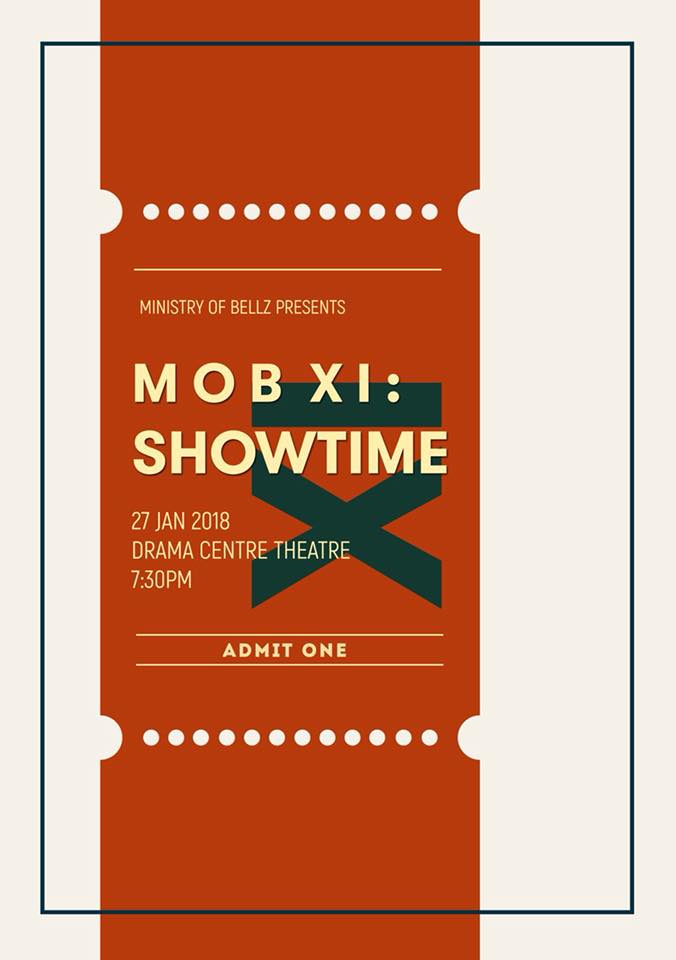 I am really excited to be given the rare opportunity to conduct the Ministry of Bellz in the premiere of my latest composition, handbell music 神遊上河 for Solo Chinese Bass Drum, Solo Soprano, Handbell Ensemble and Mixed Choir. The premiere will be performed by Ms. Melodie Ng (Percussion), Ms. Grace Kuo (Soprano Solo), Ministry of Bellz & the Schola Cantorum Singapore Chamber Choir TODAY,  27 January 2018 at the Drama Centre Theatre Singapore (National Library). Tickets are SOLD OUT so hope you got your tickets early!

神遊上河 is a first for me, in many ways.

THANK YOU Baba Damien LIM and the Ministry of Bellz for having faith in us and for commissioning this work!

If you are looking for classy Halloween entertainment and you haven’t bought tickets, you really need to buy them RIGHT NOW.

“Purgatory” is a production that further proves Singapore’s opera scene has come of age and local creatives are capable of creating an engaging, sophisticated concert experience without “dumbing it down”.

“Purgatory is the tale of an Old Man and his Boy, who have arrived at the abandoned ruins of a grand house for unknown reasons (…) The story is at first glance, a fairly inscrutable one. The Old Man’s grief and resentment are palpable from the start, yet his purpose for bringing the Boy to the site of his neglected childhood and tormented youth is uncertain until its horrific culmination suddenly arrives.” – Eleanor Tan (Director)

There are many good things going for this performance – from the pre-performance ritual with painter Namiko Chan, to the use of “immersive theatre”, adding of well-performed pre-show scenes (ghosts playing out their former lives?) and moving the audience from one location to another etc. certainly isn’t anything new to theatre/arts aficionados. Applying it on this opera at site-specific 54 Waterloo Street’s colourful shophouse-turned-Arts centre, adds a great deal of artistry and local flavour! Set, staging, lighting, choice of costumes etc. were excellent and the use of the wordless female chorus onstage provided an excellent balance and several goosebump moments to what could’ve been primarily, a bare duet between the Old Man and the Boy.

Not to say the drama was lacking between the two lead characters. Musically speaking, this is tenor Reuben Lai’s most meaty role to date. He performs with aplomb and brings to the stage a really special energy with his dramatic, dark presence. Peter Ong shone as well with his solid singing and excellent theatrical presence. The two had a fab onstage chemistry.

There was no orchestral pit in the acoustically dry 120-seater black box. The use of synthesisers in the instrumental chamber ensemble felt odd though it did provide a less-than-discrete padding to the overall sound texture. Balance wise, the percussion instruments, by virtue of its inherent character, were at some points, a little too loud and direct in the small hall despite the wonderful musicians’ efforts, sometimes overwhelming the other instruments.

The lugubrious slow start in the dramaturgy and music could afford to be better paced though to build and sustain intensity from the get-go. The instrumental ensemble played a key role in creating the dark, atonal atmosphere… kudos to the musicians and music director Aloysius Foong for holding together, what is evidently a very difficult piece of music.

Singaporeans’ colonized mindsets sees many paying top dollar to hear foreign music ensembles at high prices… what’s stopping us from paying a fraction of that to support local talents that are just as solid and in increasingly numerous cases, better than our foreign counterparts? L’Arietta’s “Purgatory” is innovative, edgy and sophisticated. Thank you L’Arietta for continuing to have faith in the local audience.